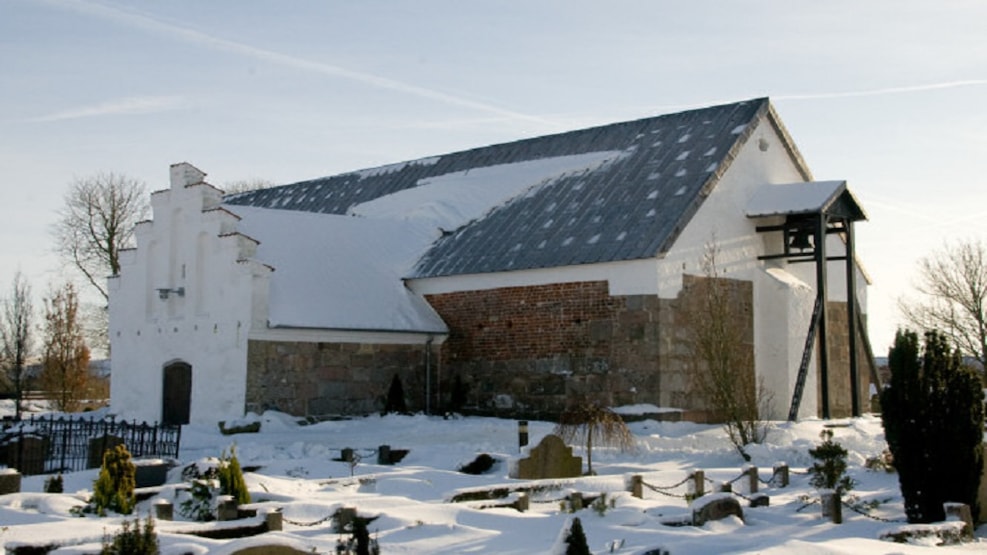 The church in Stenum is a small village church. It is a church without a steeple, and the churchyard is surrounded by an unusually high and strong stone dike made of granite boulders.

The altarpiece is a painting called the merciful Samaritan painted in 1963 by Svend Engelund.

The former altarpiece, The resurrection from around 1900 still hangs in the church.