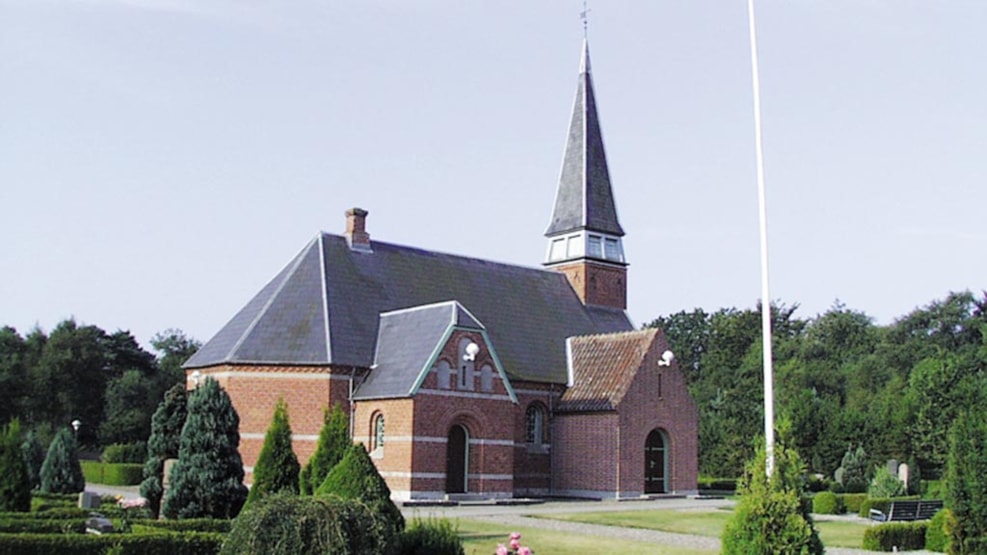 The construction of the church in Hou was begun in 1899. The church was finished only a year later, on the 14th of October, 1900. Before then, sermons were held in the local schoolhouse or outdoors.

In the town of Hou and its surrounding areas, 250 people lived during the turn of the 20th century. They largely lived off of fishing and farming. When the church was consecrated, 300 people were in attendance. The golden cross found at the entrance was actually the altar ornament before being placed closer to the people.