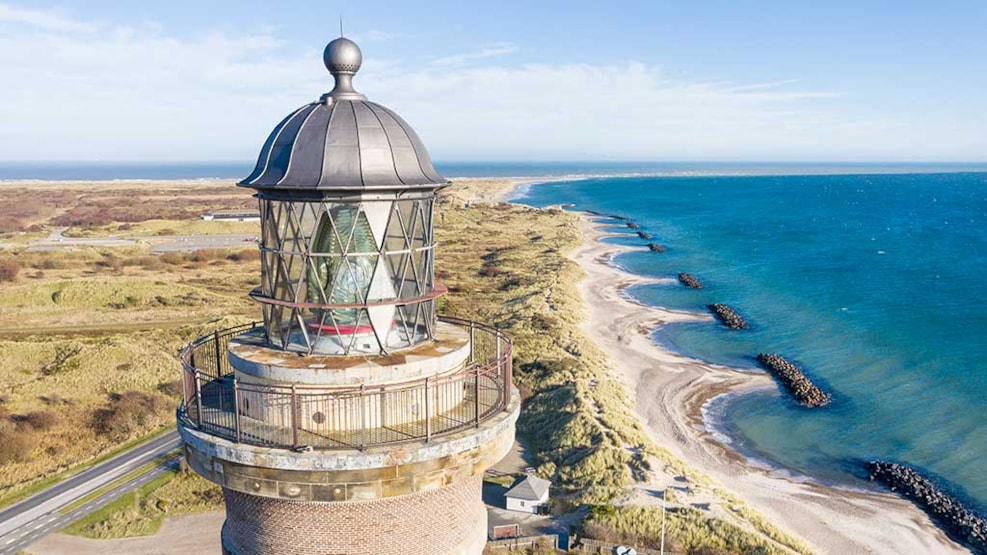 The lighthouse, which is 46 m high, is Denmark’s second tallest, the honour for the tallest being taken by Dueodde Fyr on Bornholm, which is one metre taller.

The lighthouse was designed by Danish architect N.S. Nebelong.

The lighthouse’s rotating lens weighs just over two tonnes and floats on mercury. The light source is a 400 Watt sodium lamp. The light from the lighthouse can be seen at distances of up to 20 nautical miles as a flash every four seconds.

The lighthouse and its ancillary buildings have been turned into an experience centre for migratory birds in 2017.