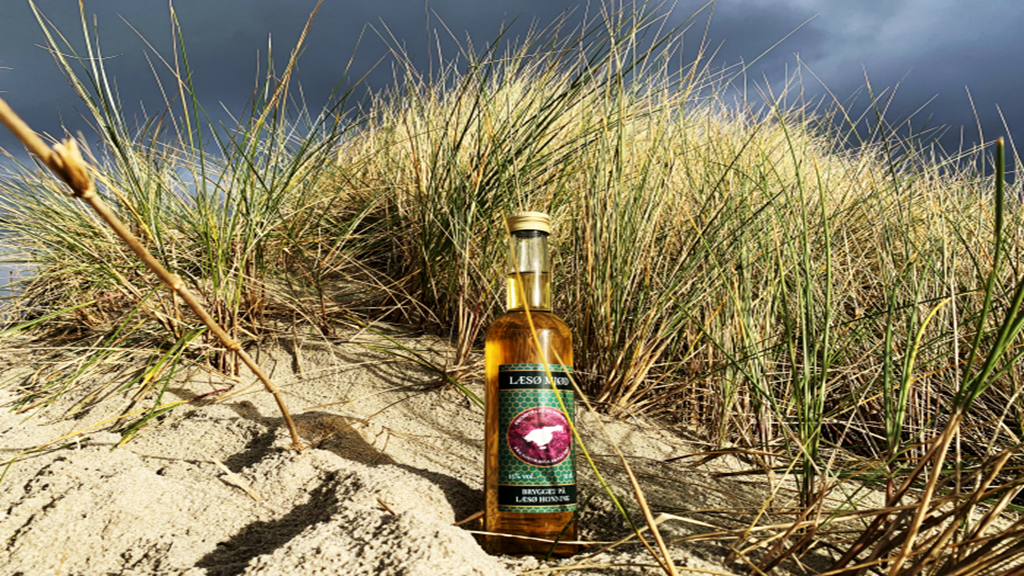 Læsø Mjød is brewed according to the country's oldest recipe

It has its origins in Norse mythology, where Snorre Sturlason tells that the giant Ægir from Østerleden settled on Læsø.

He was primarily in control of wind and water, but he was also a great brewmaster, who brewed mead with the aroma and taste of the beautiful heather honey.

He had received the recipe from Odin.

He had cunningly stolen it from the giant Suttung.

After the handover, it is said that the mead stimulates the shields to sing beautifully, and in this way the oldest recipe for mead has remained here on Læsø