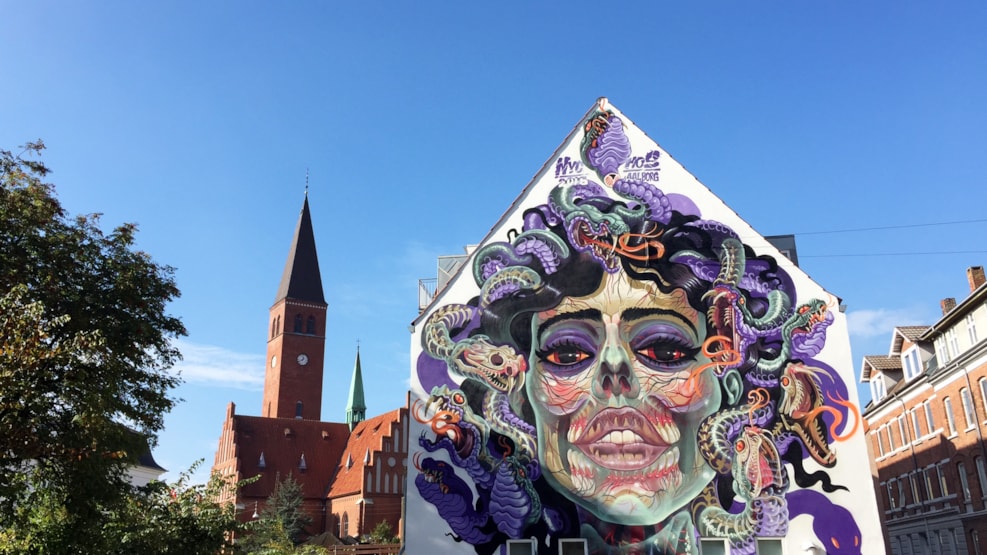 Nychos (b. 1982) was born in Austria. His family was very interested in hunting, and because of that he became acquainted with the anatomy of dead animals from an early age. This interest combined with his passion for cartoons and heavy metal music has formed the three main themes of his art. The mural is called “Translucent Medusa / Head of the Serpent women” and was painted during WE AArt 2015.