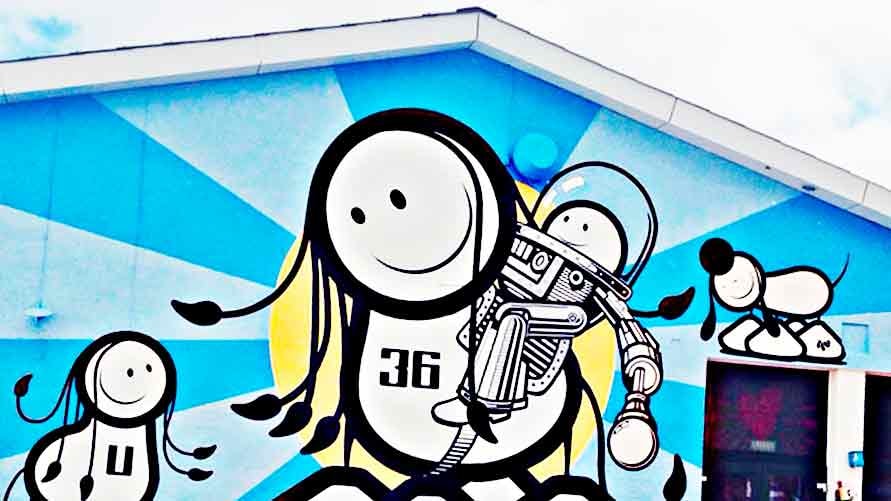 The London Police has decorated Café Ulla Terkelsen London, so now you can enjoy coffee and art at the very same time

The two artists from The London Police say about themselves that they are closer than Han Solo and Chewbacca from Star Wars, and in that case, they must be pretty tight. Their art is characterized by its caricature and cartoon theme.

They say that “London policemen have come and gone but founding members are still known to walk the streets of every city in the world spreading love with pens and stickers”.

Read more about the two male artists and their goal about filling the world with love and art at The London Police's website...