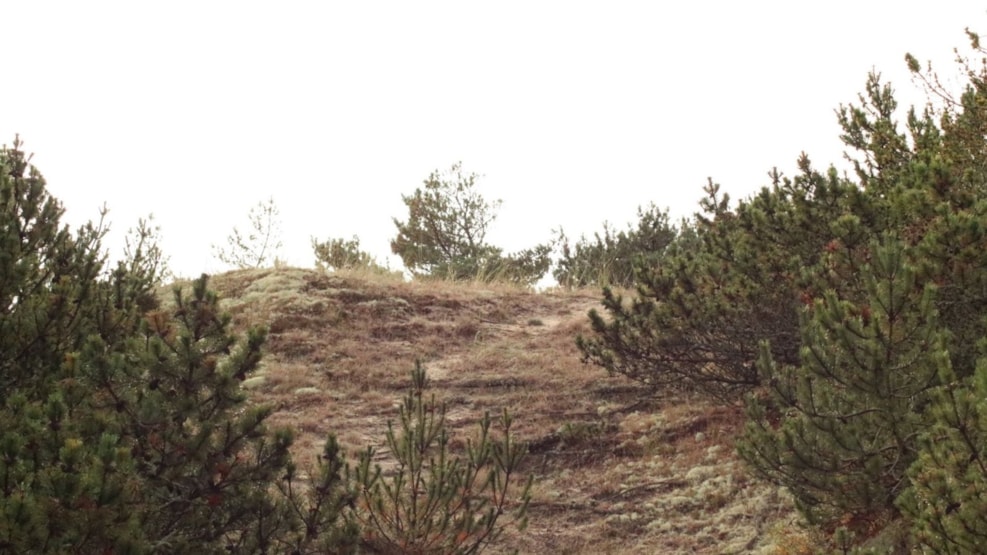 Skagen Klitplantage (dune plantation), with its position between two seas and its beautiful and varied terrain, is a worthy representative of the many state-owned plantations which since the middle of the 19th century, have been planted along the north and west coast of Jutland as a defense against the west wind and sand drift.

The plantation south of Skagen, located on both sides of the highway between Frederikshavn and Skagen, was built in 1888. Planting was directly addressed by the fisheries in Skagen - Improved technology meant larger catches.

Catches could be sold and processed further down in the country, but the road between Aalbæk and Skagen consisted only of a wheel tracks of dune heath and beach. The local people asked the gouvernment for financial assistance to improve the road or to build a railway. From the gouvernment it was required to mitigate sand drift before they could contribute money for a rail.

People of Skagen gave in 1888 Dune Administration the piece of land where Skagen Klitplantage was built and in the summer of 1890, Skagensbanen(railway) inaugurated.

The large number of cycling, hiking and riding trails in the area provide ample opportunity to experience the varied landscape and the diversity of nature.