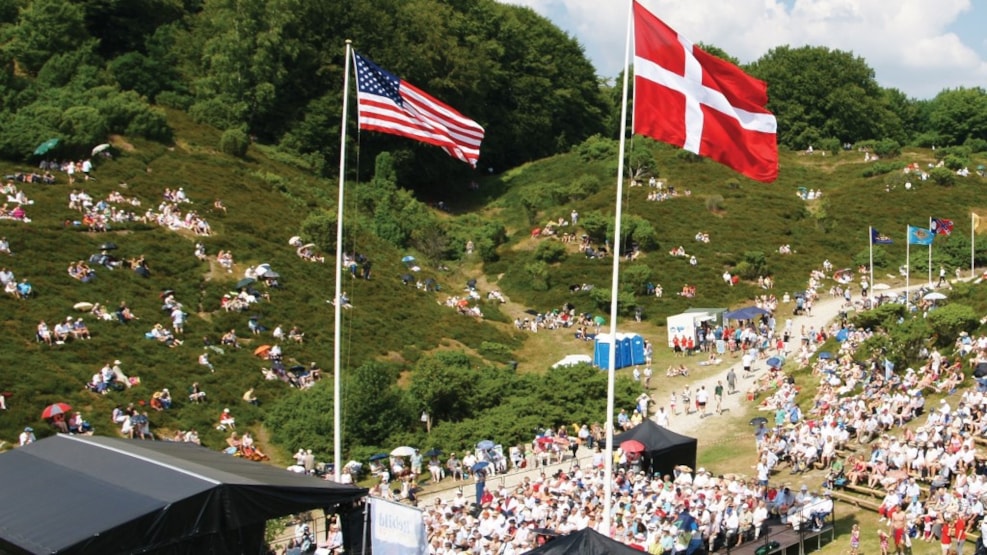 Since 1912, many thousands of people each year have celebrated the American Independence Day in Rebild Bakker. In connection with the celebration, several events take place in Aalborg as well.

The 4th of July celebration in Rebild and Aalborg
In the year of 1912, a group of Danish immigrants in America purchased 140 acres of the lovely natural resort in the woods between Rold and the small Lindenborg stream. During the first celebration in Rebild, which took place the same year, the natural resort was donated to the Danish people, and the 4th of July celebration, Independence day, has been celebrated by thousands of people, both emigrants and Danish citizens, each year ever since.

The celebration in Rebild is a token of gratitude towards the country that greeted more than 300,000 Danish immigrants with open arms, and the tradition still stands in order to strengthen the bonds of friendship between the USA and Denmark.

A celebration with traditions in Rebild
“Stars and Stripes” and the Danish flag “Dannebrog” fly side by side in the natural amphitheatre in Rebild Bakker. Music, entertainment, community, singing and speeches by prominent Americans and Danes are evidence of the bond that ties the USA and Denmark together.

Among the former main speakers are members of the Danish royal family, the former President of the USA, Richard M. Nixon, along with Walt Disney, Richard Chamberlain and many others.