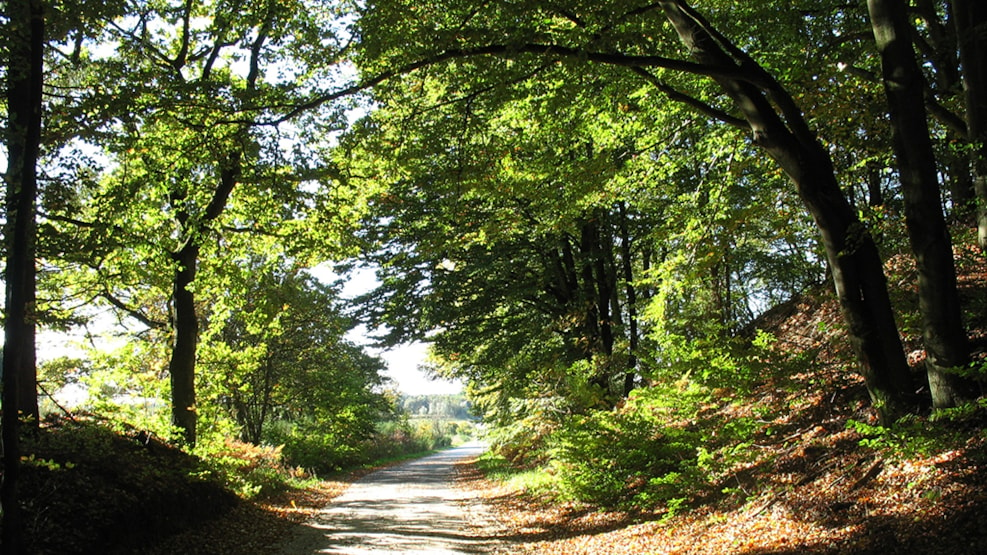 Follow the marked trails in the forest. Here you have three different hiking trails: A red, a yellow and a blue one. The red trail is 2 or 3 km long. The blue trail is 5, and the yellow is either 3.5 or 6 km long. This brochure and map will guide you to the three hiking trials