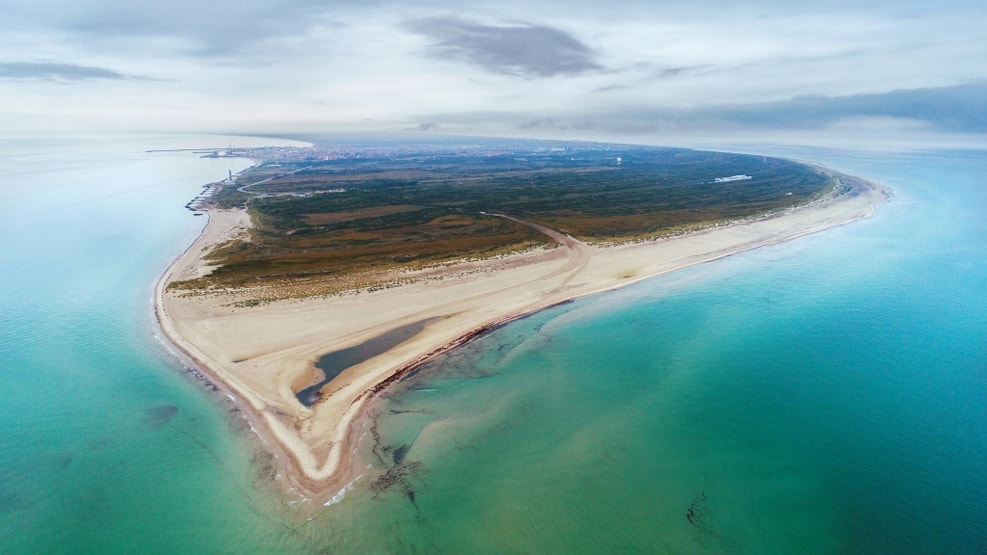 Grenensporet consists of over thirty kilometers of hiking trails, of which the shortest is approximately 3 kilometres long and paved with gravel. The other paths consist of a route to Grenen, one around Skagen Odde and the final one, which passes all Skagen's lighthouses.

When Grenensporet opened in 2015, it was newly created hiking trails with bridges over wetlands, produced in new sustainable materials. The majority of the paths are so-called footpaths, with the exception of Grenensporet Green. On the paths there are boards with information in Danish, English and German. Should you want to take the stories with you, then Grenensporet is now available online.

Each of the four routes has its own theme and highlights, which reflect the experiences on the trail. On Grenensporet there is a route for everyone, regardless of age and mobility. Have fun and remember to bring sensible footwear.

Grenensporet Green – The little mild one

The route starts at Grenen car park and takes you past Skagen's most expensive holiday home and the duck lake. There is gravel paving so that wheelchair users and families with prams can also experience the unique nature of Grenen.

The route starts at Grenen car park and takes you past the lookout point on the old radar bunker, past Drachmann's grave and all the way out to Grenen, where the two seas meet. On the trip there is a good chance to meet seals on the beach but keep a distance, so everyone has a good experience at Grenen.

Grenensporet Blue - On land, at sea and in the air

Grenensporet Red – The lighthouses, beacons of light in the darkness

The route starts at Grenen car park and takes you past all Skagen's lighthouses, with the exception of Højen Lighthouse, which was blown up in 1976 in a controlled demolition. In addition to the lighthouses, the route passes Denmark's northernmost point, the beautiful heath landscape, the radar station Air Control Wing, the rescustation, Skagen Odde Natur Center and finishes off at Skagen Bunker Museum.