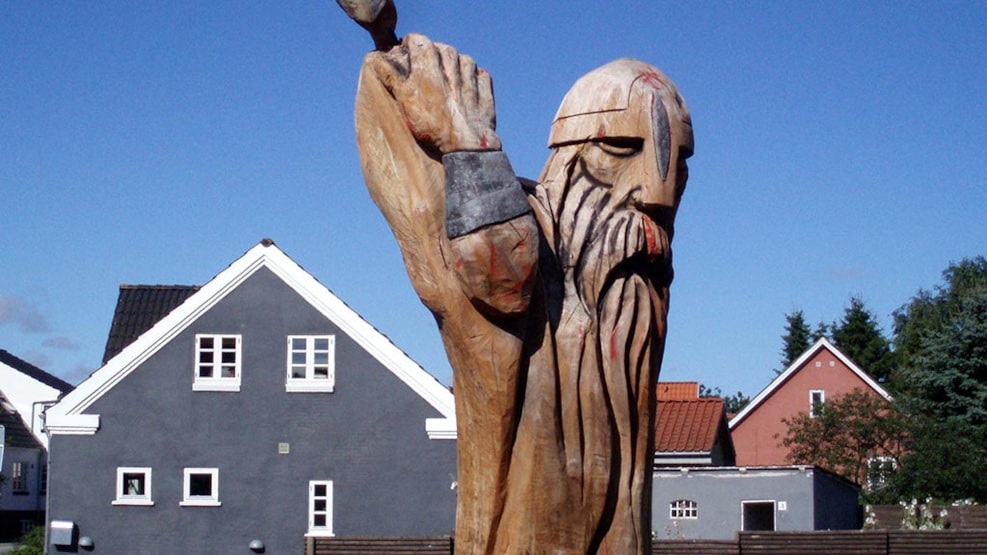 A little to the north of Hals, you will find Winther’s Plantation. Here rests a bit of Danish history. The Vikings fought for the power over Denmark and Norway, and a bloody battle was fought nearby.

The famouse and infamous king, Harald Bluetooth, had a potential rival to this power over the north in his nephew Harald Knutsson – known as Golden Harald. However, cunning King Bluetooth promised Norway to Golden Harald in exchange for the murder of Harald Greycloak, another nephew. Golden Harald killed Greycloak near Hals.

Golden Harald’s victory was exceedingly short. Soon, the Norwegian Haakon Sigurdsson arrived to the stage, where he caught and hanged Golden Harald in a conspiracy with Harald’s own uncle, Bluetooth. Today, the final resting place of Golden Harald is hard to find, a mercilessly fitting end for such a man's tale.