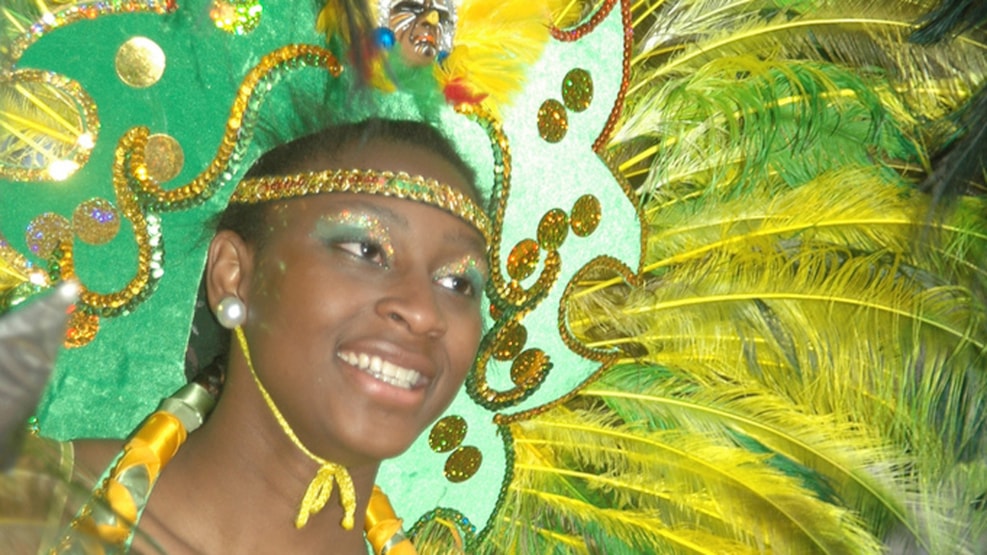 The streets of Aalborg will once again echo with the sound of merry people and rhythmic vibes of samba, when the largest carnival in Northern Europe is back 15–23 May, ending in a spectacular Grand Parade

Keeping up with tradition, Aalborg Carnival will start with the International Carnival Parade, where international carnival performers are brought in to kick-start the carnival mood, as well as, demonstrate different carnival traditions from around the world.

The day after the International Carnival Parade, the stage is set for carnival spirit from the children’s perspective, where the Children’s Carnival will commence and the streets will be full of merry children wearing costumes. During the following week, several carnival activities will take place until the Grand Parade Saturday, May 23rd.

The carnival in Aalborg is the largest carnival in Northern Europe with up to 60,000 participants in the Grand Parade and more than 100,000 spectators watching the magnificent wave of colours and fantasy along the parade route. Don't miss this spectacular event! Be a part of a world full of colours.

What distinguishes Aalborg Carnival from most other carnivals is that everyone can participate in the Grand Parade on May 23rd. The parade moves through the streets of Aalborg and ends in Kildeparken, where the festivities reach their climax and the biggest and most colourful party of the year takes place!

Only one's imagination can stop you when the participants of the carnival challenge their creative sides and create beautiful, fun and festive costumes that bring colour and light to Aalborgs streets - you can already start brainstorming for this year's theme is "When I grow up".

The Grand Parade on the 23rd Maj reaches its climax in Kildeparken in Aalborg where all the routes end. Here everyone is invited to a bang of a party where 20.000 happy carnival-goers parties through. In the park, you are entertained by musical experiences with both live music and DJs.

A diversified entertainment program in Kildeparken contributes to a festive atmosphere. The park is transformed into a giant festival area where happy and dressed up people enjoy entertainment that stretches from competitions to dance and music from different stages. Rock, pop, afro, reggae, samba and the latest disco vibes enchant the park.

Kildeparken offers a number of themed bar areas where you can chill with people dressed as rabbits, mafia people, princes and princesses. Furthermore, there will be an oasis of food stalls, where you can eat

Read more about the Grand Parade at Aalborg Carnival and buy your loyalty bracelet, which will grant you access to Kildeparken…

The International Carnival and The Children’s Carnival

The International Parade takes place on Friday, May 15th, here groups that have been invited to participate in the parade will perform. At 18 o’clock, the beautiful carnival parade begins from John F. Kennedys Plads and it will continue via Boulevarden and end at 20:00 – 21:00 at Gabels Torv.

Read more about the International Carnival in Aalborg…

The Children's Carnival Parade takes place Saturday, May 16th at Gabels Torv. From here, about 5,000 dressed up children and their parents march along the parade route to Kildeparken. On this day, the park turns into a kingdom for children of all ages - a kingdom of magic and bubbling joy. The Children’s Carnival offers the whole family a joyful and entertaining day. The Parade starts at 10 and the grand party in Kildeparken starts at 11.

Read more about the Children’s Carnival in Aalborg…

Not in a carnival mood yet? No worries! Aalborg Carnival´s YouTube channel will get the job done.