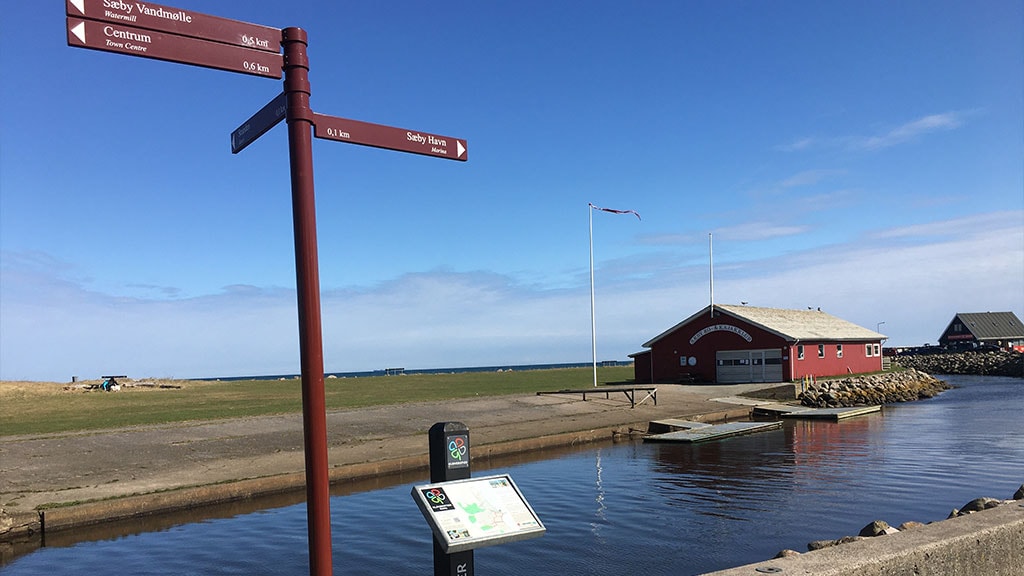 The route follows the esplanade facing the north, turns past Nellemanns Have’s vigorous diversity and the cool shade of Jernkilden, through the hilly Sæbygård Skov to the community centre “Skovlyst”. Just follow the curves of the stream through the forest and back to the town along the old, small gardens to the outflow of the stream to the ocean.
This is a hike that the children will love.

Should we take a hike through the ‘Ratholes’?
The stream of Sæby, the life nerve and green ‘umbilical cord’ of the town, combines the forest and the ocean. Since the Viking Age, the mouth has created a natural and important harbor in the northern Kattegat and the stream has delivered water and power to the stamp mill, tannery, dyeworks and the water mill in Sæby. A ‘secret’ place on the hike is the flyover with the ball-shaped openings and built-in echo – the ‘ratholes’ as they are popularly called. An almost magical transition from forest to town.

Map over the Blue Route